You can get the self-extracting archive riskmgmt.exe here. 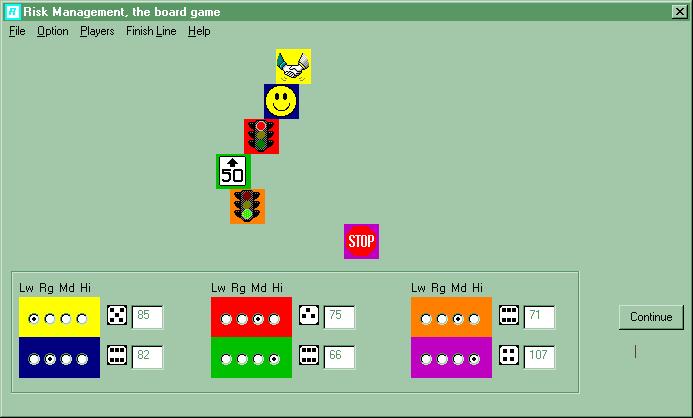 There was one rule when my brother and I were kids. He wasnt allowed to leave any visible marks.  I was two years younger, so I didnt have that limitation placed upon me. We were always assessing risk. For example, he knew that pushing me into the front door would hurt me, and it was a pretty well made door. But still there was the risk that it would break. Which might actually cut me. And even worse, break the door.  Still it was often worth the risk. And I was always figuring out how mad to make him.  If I made him mad enough he would forget not to leave a mark, but if I didnt quite make it he would just be well motivated.  Of course we are good friends now.

Anyway, and when something had to be decided, who got the front seat and such, it was settled by tossing a coin. My dad would toss it, my brother and I took turns calling it out.  Well, that was how it was done until I was 8 years old or so.  Finally my dad (a trained scientist) had to admit that I didnt win my share of these coin tosses.

I guess these were the things that left me intrigued by the ideas behind this game.

It resembles the simplest of board games, where each player roles a die and moves their piece ahead accordingly.  The difference is that here each of the players can choose from four different ways of calculating how far forward they move each turn.  These four ways are:


Low Risk -  You move ahead the average of all the dice thrown in that turn.

Regular Risk - You move ahead the number of spaces indicated on your own die.

Medium Risk -  You make a count of any other dice that match your own. As long as at least one other die matches yours, you moves ahead the number of spaces depending on the number of players and the number of matching dice.

High  You move ahead only when your roll is at least as large as any other persons. How far you move ahead depends on the number of players.

All these options have been constructed so that one isnt obviously superior to the others. Over the long run all of these strategies will move you just as far along the board. The difference between them is whether this movement will be slow and steady, or jumpy and sporadic.

There is potentially a bit of a strategy to the game. If you are ahead and it is near the end of the game it might make sense to go to a lower risk option to let you squeak by over the finish line. Other than that it is really just all about playing around with how you feel about risk.  At least that is my guess.

Another friendly product from James Spyker and the 2x4 Group

Have you checked out my other freeware yet?